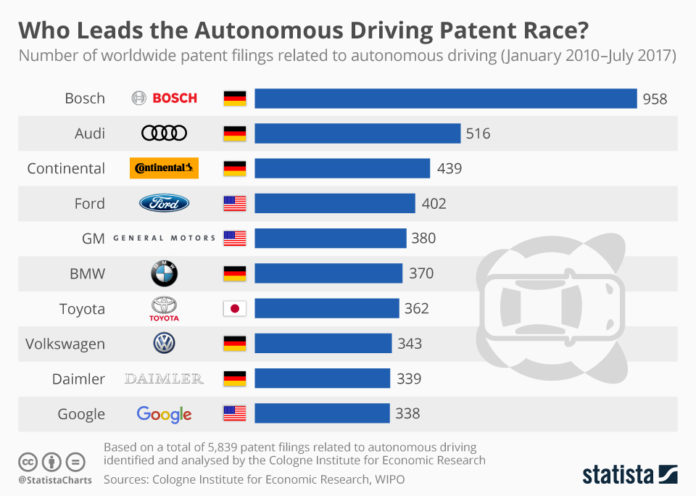 These days the broad consensus on the future of driving seems to be that the car of tomorrow will be (at least partly) autonomous. Many companies, including traditional car makers, suppliers and leading tech companies are currently working on self-driving technology, all eager to save themselves a piece of what they reckon will be an enormous pie.

Many of these companies are already testing their tech on designated proving grounds for self-driving vehicles, but for people outside the industry it’s hard to judge who is leading the autonomy race.

One possible indicator for a company’s efforts in the self-driving vehicle segment is the number of patent filings in the field. The Cologne Institute for Economic Research identified and analyzed 5,839 patents related to autonomous driving to find out which companies are most active on that front. As our chart illustrates, Germany’s traditionally strong car industry is keen to maintain its strong position in the future: 6 of the top 10 patent holders are German companies with Bosch, a key supplier of car manufacturers, leading the field. Google, widely considered to be a leader in autonomous driving research just makes the top 10 with 338 patents filed in its name between 2010 and July 2017. 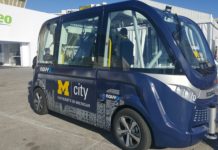