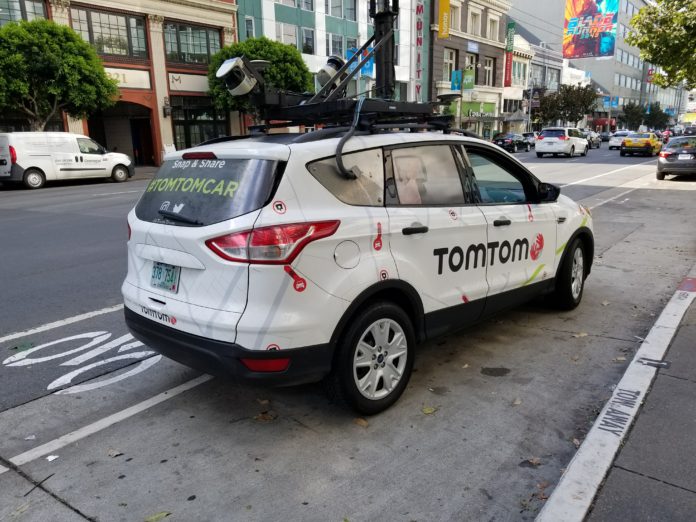 While last week’s Mobile World Congress-Americas in San Francisco would hardly be mistaken for an auto tech show, it featured several panels on connected and autonomous vehicles. In one well-attended panel, one speaker said that high-end vehicles, fleets and ride-sharing will spur the development of autonomous vehicles.

Others say the rollout will be slow. “It will come incrementally, probably in five years for Level 3 and Level 4 on highways. Add another three-to-five years for fully autonomous driving, except for robo taxis,” said Junting Zhao, AIMotive investor relations representative. “From a consumer’s point of view, they want to be connected and know the immediate surrounding area, but also want to be able to plan ahead.”

Despite recent findings that a Tesla unit was partly to blame for a fatal crash, panel members agreed that when autonomous and regular vehicles are on the road at the same time, humans will cause the majority of the accidents. “Just like in the aviation industry, cars of the future will have black boxes,” Zhao said.

Another panel members wasn’t so optimistic about fully autonomous vehicle’s ambitious rollout date. “A fully autonomous vehicle, with no acceleration, brakes and steering wheel—that’s 15 to 20 years away,” said Alex Manea, BlackBerry chief security officer. “Not because the technology may not be there, but psychologically, are we comfortable getting into these vehicles? We are not going straight from no autonomous to full autonomy. Right now, we are comfortable let it park itself and maybe use intelligent cruise control.”

Peter Kosak, General Motors’ executive director, urban mobility, said the adoption of electric vehicles and ride sharing will be the foundation for autonomous vehicles. “Transportation as a service is about reliable access. With that, autonomous will disrupt the disruption as will other fractional ownership like Netjets or AirBNB,” he said. “The thirst for ownership of a vehicle will not likely go away.”

Meijer said that the TomTom test vehicle, which was operating around the MWC Americas area, collects more advanced data than normal autonomous vehicles. “You can’t have data in the raw format that we collect it, or you would need a trailer just for the hardware. You are extracting layers through our Road DNA and through the cloud,” he said. “When using the data, it can’t be a slow process. There is information the vehicle needs to make critical decisions, so it has to be in an online or cloud environment.”

Meijer believes there are three main issues for autonomous vehicles: mapping, sensing and regulations. “You have to have a combination of maps and sensors. Most of the granularity of high-definition mapping allows sensors to understand what kind of data they generate,” he said.

Meijer said that TomTom is working with such companies as NVIDIA, Qualcomm, Bosch, Baidu and others to ask developers what kind of maps do they need and sensors they going to build.

“Automobiles in urban areas cause 50-90 percent of all pollution. It’s killing people,” he said. “A family right now spends up to 50 percent of their income operating a car that sits idle 94 percent of the time. The cost to human lives is like 50 city buses falling off a cliff or jumbo jets falling out of the sky each day.”

Pauwels said that TomTom is creating high definition maps with more sensor inputs and software for autonomous driving. “It’s getting a car’s LiDAR, radar, video and location data together via the cloud,” he said. “An autonomous vehicle can’t see around a corner, but we can.  We can tell it that there is a traffic light and two cars waiting.”

The company has provided mapping and location data to high-profile companies and products, Pauwels said. These include all Apple consumer products and Uber’s maps.

The company is offering lightweight antennas for mass market unmanned UAVs, which had a growing presence at Mobile World Congress in Barcelona earlier this year.  At MWC Americas, the company displayed antennas for vehicles and a simulator test kit for wireless operators.

Taoglas says that to maintain centimeter-level positioning and precise location capabilities required for connected and autonomous driving, the use of multiple RF bands is required. The company’s antennas use Galileo, GLONASS and BeiDou satellite and GPS L2 and L5 bands.

“Many companies are putting [automotive] antennas into a shark fin and we see that happening in the next two or three years,” Quinlan said. “We are partnering with the Tier Ones who don’t want to do antennas. We are talking to several OEMs on what they want to do and can do with our antennas. We are in auto projects and tests in Japan, Germany, the United States and China.”

GSMA, the association that runs MWC Americas, said 21,000 attendees showed up for the first co-branded meeting with CTIA in San Francisco. This includes more than 1,000 exhibitors and sponsors.  While this seems like a decent first show, the halls did seem skimpy in attendance.

The conference’s buzz deflated early as Apple rolled out its iPhone X, iPhone 8 and iPhone 8 Plus smartphones the same week.

While GSMA was hoping for 30,000 attendees, at least one company told Inside Unmanned Systems that they had double the booth traffic as last year’s dying CTIA meeting.

GSMA is tinkering with the new show, which is dwarfed by the 108,000 attendees for MWC in Barcelona. Next year’s conference is scheduled for September at the Los Angeles Convention Center. This change of venue from San Francisco may bring relief to companies who were grappling with the staggering cost of hotel rooms in the Bay Area. 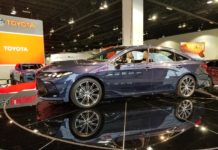