Shamblin, who holds 77 issued patents related to antenna technology and communication systems, is tasked with heading the next generation of communications technologies in the wireless, M2M, IoT and automotive markets, the company said.

Shamblin joins Taoglas from Ethertronics, where he spent 12 years in the roles of CTO and chief scientist and was responsible for research and development projects related to active antenna techniques directed towards commercial communication systems. He also spent five years in engineering roles at two RFID start-ups, SCS Corp. and Claridy Solutions, and 22 years working as a senior antenna engineer in aerospace for Lockheed Martin and Northrop designing antenna systems for aircraft, missile and ground station applications.

“The addition of Jeff to the Taoglas team will ensure we remain a leader in driving the next generation of high-quality antenna and RF solutions,” said Ronan Quinlan, joint-CEO at Taoglas. “Jeff’s particular technology expertise will help Taoglas continue to innovate in key areas critical to our customers’ success, including millimeter wave and sub-6 GHz configurations for 5G, innovative solutions for GNSS antennas as new bands such as L5 come into operation, and new automotive-based communication and navigation systems.”

Shamblin holds a Bachelor of Science degree in Physics from California State University-Northridge and has completed post-graduate studies in radar systems. He led a small R&D group to develop a band-switching antenna to cover wide LTE frequency bands for laptop applications, and also was part of a small team that developed the first beam-steering antenna system to a WiFi laptop. 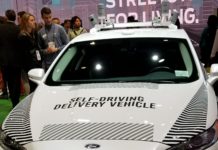