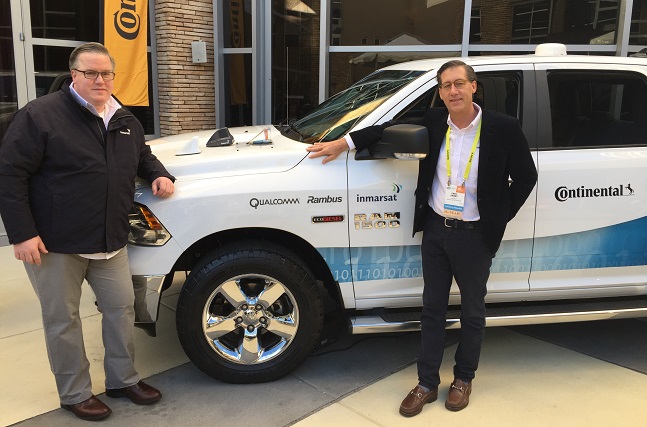 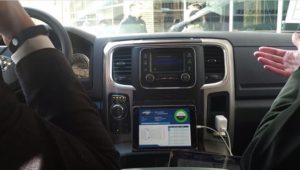 While several of the automakers at the TU-Automotive Detroit conference in Novi, Michigan, want to partner with startups and smaller companies, a pervasive attitude from some executives includes working only with established suppliers.

At a keynote address, Volkswagen outlined its electric car ambitions, hoping to have millions of cars on the road in the next decade. One company executive believes that technology has changed so much that it is important to partner with the right companies.

“We have been a traditional automaker for a century, but times are changing because IoT and many other devices that are connected,” said Burkhard Huhnke, Volkswagen of America senior vice president, e-mobility, who said that automakers’ product development times were long, compared to technology companies they partner with. “We are not just making cars anymore. For us, it is a position we have identified since 1998 to make the right partnerships and with technologies.”

Huhnke said that Volkswagen, which believes the electric car will be the “x piece” for connected and self-driving vehicles, has been working on autonomous driving since 2005, when it partnered with Stanford University in the Defense Advanced Research Projects Agency (DARPA) Challenge. “[Electric vehicles] will enable us to continue to work with automated driving. We are not working alone as it is not enough to put a giant sensor on the roof of a car that is more expensive than the car itself,” he said.

He said that Volkswagen drove an autonomous vehicle from San Francisco to Las Vegas in 2015 for different reasons than people might think. “We did not want to showcase the autonomous vehicle for engineers. The car performed well and it was encouraging,” he said. “But we wanted it to be a prototype for consumers, and how they would think [when operating a self-driving car].”

Some companies are partnering with established Tier 1 suppliers to offer new services for automakers.  An example is the recent pairing of Inmarsat and Continental.

Ewert said that way things work in the auto industry is that while automakers may be interested in a product or service, they still want to buy it from their Tier 1 parnters. “They were used to having Tier 1s make their drive trains, transmissions and seat belts. Now they need other things,” he said. “Continental took it to heart. They assess what was needed to be built to provide products and capabilities to allow OEMs to get into the service industry. They liked the OTA updates and our global broadcast network.”

Ewert said the advantages of sending information through a satellite network outnumber those of such terrestrial-based systems as cellular.  “If you want to send a million updates to a million vehicles—through cellular you have to a have a million connections.  With us, there is one,” he said.

Because there is one entry point, cyber security is enhanced by the Iridium network, Ewert said. “There are a million cellular intrusion points. With a satellite network, there is one, and it isn’t easy to break into,” he said.

As another backup, enhanced GNSS augmentation, for use in integrity monitoring, is also offered by the company, said Joel Schroeder, Inmarsat vice president, strategy and business development, connected car program. “All GNSS is supported. While have worked with Trimble and John Deere with our broadcast service, this OTA [service] is quite specific to the automotive industry,” he said.

Such smaller companies as Global Mobile Alert, which offers an in-vehicle safety product called The Solution, are attempting to get noticed by the automakers and their suppliers. The product alerts drivers, who are on voice calls, to the proximity of intersections and warns them about the timing of traffic lights, said Demetrius Thompson, Global Mobile Alert founder and CEO.

Thompson got the idea for the product when he was hit twice by cars in the 1990s. “The automotive industry has a cancer—and it is distracted driving,” he said. “Innovation is so good today that you don’t have to have car crashes. We have the technology, people, money and infrastructure.”

The company said that the product is not limited to traffic light and intersection locations.  It is working with auto manufacturers and wireless carriers on automated vehicle safety applications with its patented product.

·       Taoglas rolled out its Axiom compact multiple-antenna for connected cars. The antenna’s reference design allows automakers to replace the multitude of antennas needed, as many as 18 scattered around a car, in the next -generation connected vehicles. “OEMs now fit antennas in the window area, a shark fin on the roof and in other areas of a car.  With this reference design, you can incorporate all the antennas in one product,” said Noel Mythen, Taoglas sales manager, central region, North America.  “In an auto assembly line, installers can place one antenna, instead of several in different positions. This means less cables, less time and less expense.”